I was so exhausted when I put these photos up originally that I couldn't face writing them up, but they do need _some_ explanation :) 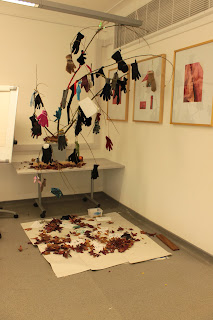 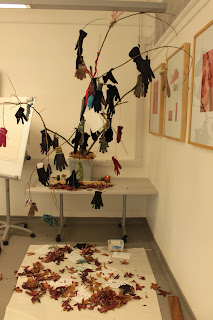 So this is my much delayed installation piece "The Wishing Glove Tree" which I created for my Foundation Degree Creative Arts & Design Practice course at Banbury OCVC.  It was 6 weeks late for hand in, due to serious anxiety problems which I developed during the latter part of last year. I'm happy to say I feel I've overcome a lot of those issues now, and the result is this!

We started with the concept of  "3 little words" and I was given Rural, Wishing & Gloves as mine.  This idea of a tree with gloves tied to it was a very early one, and I collected (only single abandonned) gloves over the course of the winter -  so much so that it has become an OCD obsession of mine (there is a glove on the carpet in the house I'm in behind me, and it's taking all my will power not to pick it up!) 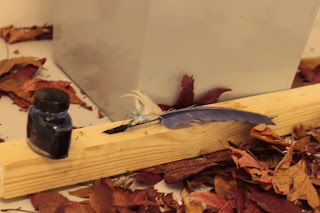 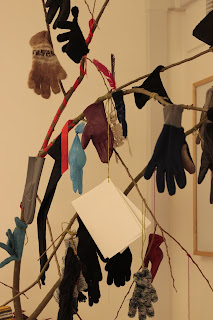 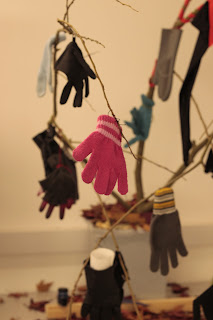 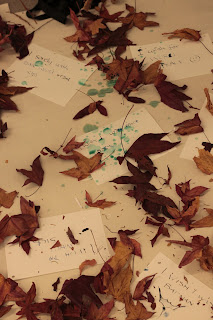 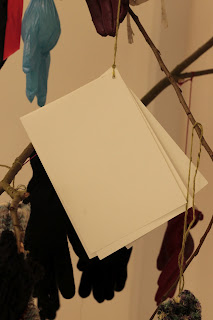 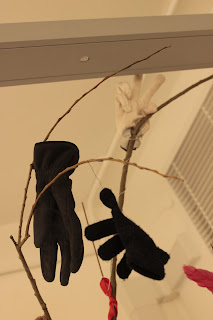 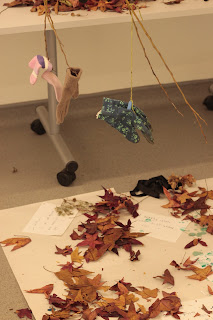 The white glove at the top flashes - each finger contains R,g & B LEDs - it's amazing! I stuffed it with wire to make it make the peace sign :)

The main idea is that the things people wish for come true when the writing is obliterated or washed away by the dripping water.  Originally the gloves contained frozen water, but the erratic temperature inside the classroom meant they defrosted too quickly. I toyed with the idea of having the tree outside, but it was way too cold on the day to do such a fiddly exercise!

Oh, and the tree came all the way from Oxford by train - God I wish I'd videoed that it was crazy!

I was really pleased to have made this, with the help of the lovely Jodie!, as it was a idea that resonated with my pagan leanings, my interest in country traditions (wishing trees using ribbons for wishes are very common in Britain) and my wish to get more involved in installation / performance art.

I do have some video of the piece which I need to upload, so more updates to come!